Amazing Environmental Benefits That You Receive From Copper Recycling 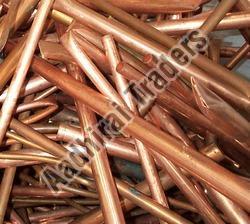 For over 10,000 years copper has been used by civilisation and since the early stages have been recycled. Since copper used in the past may have been first made into artifacts centuries ago since it doesn't deteriorate during recycling. Copper is highly coveted by recycling companies and scrap metal dealers. The best electricity conductor except silver is the nonferrous metal. The electrical and thermal conductivity together with high ductility and mixability makes them one of the sector's most requested metals, overshadowed only by iron and aluminium.Copper pipe scrap is among the most highly demanded metal scraps in today’s market. Copper recycling benefits human society and the environment in a lot of ways.Usage in History:

Copper is known to have been used for several thousands of years. The earliest known discovered copper item is a copper pendant found in northern Iraq, dated around 8700 BC. Copper had been found to be a replacement for stone around 8000 BC. The only element known to humankind for a long period of time was copper, which is why it was used for everything.Around 5000 BC, ancient cultures learned how to oxidise copper to make more basic copper oxide ores. Copper objects have been made of pure copper in a couple of locations across the globe before the process was discovered. By 4000 BC in Egypt, copper was heated and cast into types.Environmental Recycling Benefits:

Copper is a trace mineral that is important for animal’s and plant’s wellbeing. This implies it is necessary for some copper to maintain in its natural form for the well-being of species of plants and animals. Copper recycling stops the extraction of extra virgin copper from the ground. Currently, only about 12 percent have been extracted and consumed of established copper reserves. Copper ore is therefore a limited resource, not renewable, so it will be lost until it is all extracted. Additionally, the production of fresh copper from virgin ore requires 85 to 90% higher energy than that of recycling copper for new uses.Copper recycling from copper pipe traders is also good for the environment, as it eliminates hazardous waste. A variety of harmful substances, namely dust, and gases, are released into the atmosphere during the copper smelting and processing operation. One of such gases is sulphur dioxide, which in combination with air and water produces sulfuric acid. This is the main part of acid rain which would cause erosion and acidification of marine life's waterways. However, during copper recycling with little or no toxic gases are released.Final Words:

Copper is found in the world, including plumbing pipes, electric cables, and domestic machinery. Don't give your copper pipe scrap away to an already overflowing platform if those applications have survived their utility. Recycle as many parts as possible instead. All the copper and other scrap metal you have with these sources are eligible for recycling into a scrapyard. A waste yard is specialised in recycling scrap metal and is going to buy you scrap metal. This will favour you because you get more cash and recycling of scrap metals will have environmental and economic benefits.

This entry was posted on January, 11, 2021 at 11 : 49 am and is filed under Copper Pipe Scrap. You can follow any responses to this entry through the RSS 2.0 feed. You can leave a response from your own site.