A Complete Guide To Copper Recycling & Its Amazing Benefits 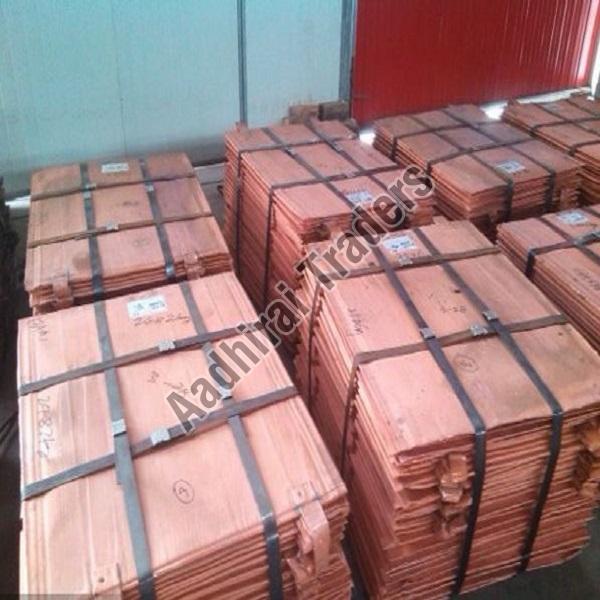 For almost 100 centuries, copper has become an integral part of civilisation and there is evidence that copper has also been recycled from the inception. When recycled, Copper Cathode Scrap in Tamil Nadu does not deteriorate its efficiency so that it is repeatedly recyclable. This means that some of the copper we utilize today might have been made thousands of years ago.Copper is a highly popular metal for scrap metal recyclers due to its versatility. One of the qualities that make copper so beneficial is that it is second just to silver with being the best conductor of heat and electricity.Usage In History:Copper is supposed to have been used for several thousands of years. A copper pendant in northern Iraq is the earliest known copper artefact unearthed and it was dated to approximately 8700 BC. Copper was found around 8000 BC as a replacement for stone.Copper has long been the only metal known to humankind, so it has been used for all. Around 5000 BC ancient civilisations discovered how copper was smelt to extract more from the simple oxides of copper. Copper devices, which could be found in several places throughout the world, were blitzed from pure copper. In Egypt, it was prevalent to heat and cast copper into forms by 4000 BC.Only after 4000 BC did man uncover a second metal—gold. About 3000 BC, silver or lead were used, and then copper was being alloyed. Copper alloys were first made from arsenic, then from tin, which produced bronze and led to the Bronze Age.Recycling Benefits for the Environment:

● Copper is an absolutely vital trace element to the health of plants and animals. This means that for the well-being of plants and of animals it is important for some copper to stay in natural conditions. Copper recycling prevents the extraction of virgin copper ore from the earth.● Today, only about 12% of the known reserves of copper are mined and consumed. Copper ore is indeed a limited, non-renewable resource so that it will disappear once all of that has been mined. Additionally, it takes 85 to 90 per cent more power to process new copper from virgin ore than just to recycle copper for everyday purposes, and preserving energy is quite good for the environment.● The environmental benefit of copper recycling from Copper Cathode Scrap Suppliers in Tamil Nadu also lies in its reduction of harmful trash. A number of toxic products, such as dust and waste gas, are discharged into the air during the copper mining and processing cycle. Sulfur dioxide, which is a combination of water and air, is such a gas. This can affect the biodiversity and the acidification of water supplies that can be dangerous for marine life and the primary cause of acid rain. However, little or no damaging gas is emitted during copper recycling.● Recycling scrap metal, which includes Copper Cathode Scrap, also disrupts excess waste to deposits. In the absence of recycling of scrap metals, they end up in the sites together with all other trash. These sites are filled up rapidly. It is a good idea to prevent waste from being thrown away if it can be recovered so that waste is not re-used.Final Words:

The procedure of copper recycling is much cheaper than the extraction and finishing of new copper. This implies that recycling copper helps to reduce the cost of copper products for pipework, power lines and so on. Copper recycling makes our country autonomous and makes us one of the world's leading producers of copper, and this is a good thing for our economy.

This entry was posted on April, 22, 2021 at 10 : 13 am and is filed under Copper Cathode Scrap. You can follow any responses to this entry through the RSS 2.0 feed. You can leave a response from your own site.